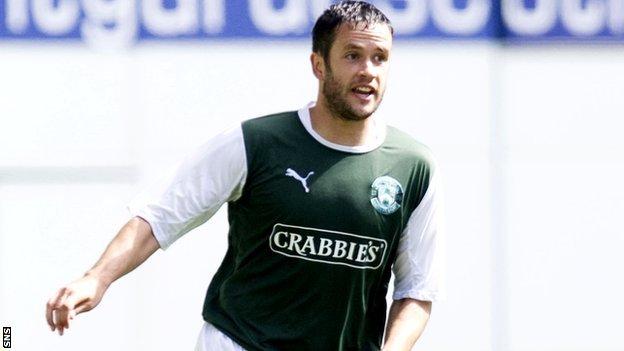 Hibernian defender Tim Clancy has been forced to see a specialist to assess a groin injury.

Clancy has missed four of the last five Hibs matches, and could now face surgery to fix the problem.

"There's a few options in relation to the injury he has, so we want to make sure we take the right option," said manager Pat Fenlon.

"We've rested him on the advice of the physios. It's improved it, but it hasn't improved it enough."

The Easter Road boss added: "It's a deep-rooted muscle, rather than a main groin muscle so difficult to treat because it is so deep. That's why we've sent him away to a specialist.

"There's rest, there's surgery, there's an injection. We've rested him a little bit now and there has been an improvement, but for dramatic improvement, we need to look at other options."

Clancy joined Hibs in the summer after spending a season at Motherwell.

The 28-year-old Irishman began his career at Millwall before joining Kilmarnock in 2007, moving to Fir Park in 2011.