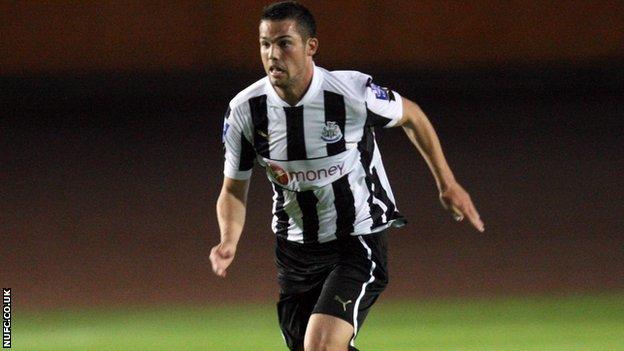 Alex boss Steve Davis had originally planned to ignore Thursday's emergency loan signing deadline and place his faith in his squad until the transfer window fully reopens in January.

But instead he chose to sign 20-year-old Inman just before the deadline.

And the Australian-born Scotland youth international could now make his debut at home to Crawley on Saturday.

The deal, subject to clearance, ties Inman to Gresty Road until 2 January.

Inman has twice figured on the bench for Newcastle, against Manchester City in January 2009 and in a Carling Cup tie at Peterborough the following September 2009, but he is yet to make his Magpies debut.

He has scored seven times in eight starts for Newcastle's Under-21 side this season.