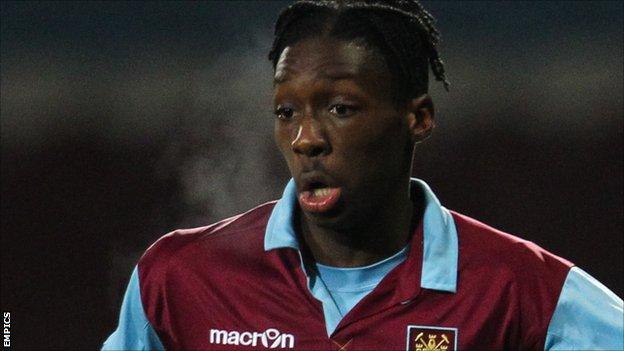 Turgott, an 18-year-old midfielder, has made 10 development squad appearances this season, scoring twice, but is yet to make his first-team bow.

The Hammers academy product became a full-time scholar in 2010.

He could make his Bantams debut against Bristol Rovers on Saturday.