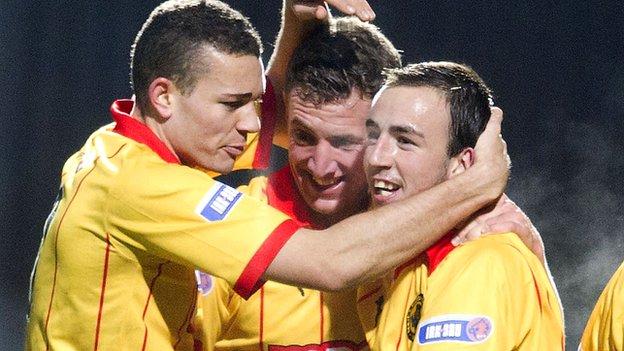 Partick maintained their impressive home form with a victory over Livingston to remain top of the Scottish First Division on goal difference.

Two goals in the space of nine second-half minutes ensured visitors would not be extending their six-match unbeaten run.

Livingston came closest to breaking the deadlock before the break as Anthony Andreu's volley from the edge of the area needed to be pushed over the crossbar by Graeme Smith.

The league leaders took control in the second period and were denied the opener in the 50th minute as Kris Doolan forced a good save by Andrew McNeil in the Livingston goal.

Stuart Bannigan added the second in the 63rd minute with a curling effort from the left-hand side of the penalty area into the top right-hand corner.