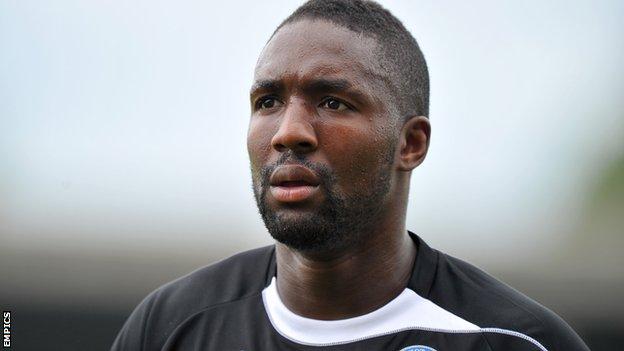 The 27-year-old has scored once in 20 appearances for the struggling League Two side this season.

After starting his career with Scunthorpe, he has spent time with Alfreton, Rushden, Bournemouth and York City.

He could make his debut for the Blue Square Bet Premier leaders in Saturday's trip to Ebbsfleet.