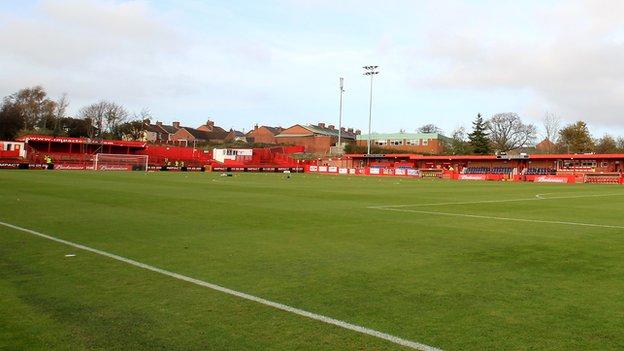 Alfreton have brought in midfielders Danny Emerton and Gavan Holohan as cover for recent injuries to the squad.

Emerton, 20, joins on loan from Championship side Hull City, where he is yet to make a first-team appearance, until 1 January.

He has also been cleared to play in both the FA Trophy and FA Cup.

Former Ireland Under-19 midfielder Holohan was released by Hull last season and the 20-year-old has been on trial at Carlisle and Hibernian.