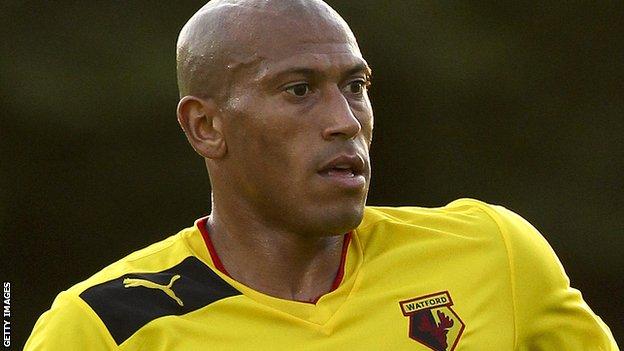 The 34-year-old has made eight appearances for the Hornets this season, scoring once for Gianfranco Zola's side.

He could make his debut in Saturday's home match with Swindon.

The Magpies are the 14th club of the Scotland international's career, including spells in Denmark and Germany.

Meanwhile, the Magpies have confirmed Lee Hughes will be staying with them after his move to Port Vale was not completed before Thursday's deadline.