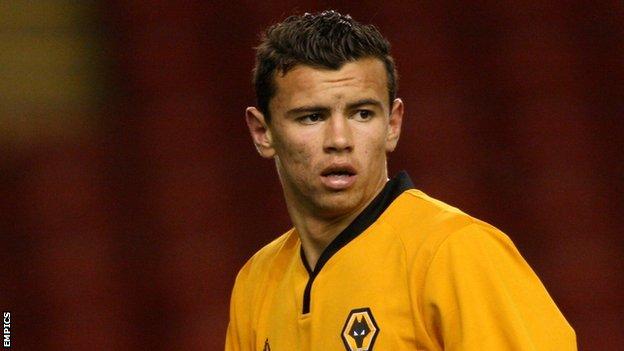 The move for the 18-year-old was completed close to Thursday's 17:00 GMT deadline and had to be ratified by the Football League.

"It was done very late," MK boss Karl Robinson told BBC Three Counties Radio before the deal was finalised. "We think we got it in in time. It may have been a minute late."

Ismail is an Albanian-born former England Under-17 international.

He has made just one senior appearance for Wolves, as a substitute in a 6-0 League Cup defeat by Chelsea in September.

Former Wolves academy boss Chris Evans once predicted the youngster would go on to become the first £100m player and earlier this month the Molineux club tied him down to a contract until 2015.