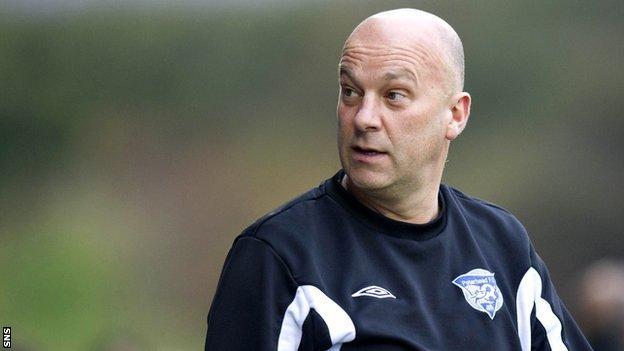 Cooper, who played for Aberdeen and Rangers, was in charge at Victoria Park between 1996 and 2002.

Hartlepool, twice, Gillingham and Peterhead are the other clubs Cooper has managed.

"We've got an extremely small staff here, and it is therefore vital that we have the right people in place to take the club forward," said Adams.

"Neale is someone that I've known for a number of years and, having had him join us for a couple of days of training, it was obvious his qualities complemented what we already had in place here, so I'm delighted that he's agreed to join us."

Cooper resigned from his post at Hartlepool in October, after the club went on a run of 12 matches without a win.

He will take his place alongside Adams in the dugout as his side host Dundee Utd in the Scottish Premier League on Saturday.

Stuart Balmer, who was operating as first team coach, will now focus on being under 20 coach.

It also means Cooper will be on the management team at the club where his son, Alex, is a midfielder.