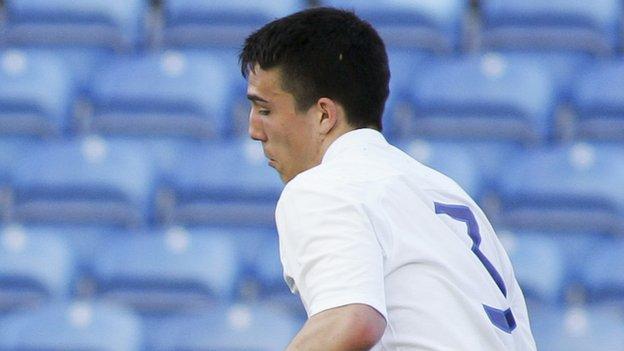 The 18-year-old was on Wrexham's books as a boy before joining Liverpool.

But, although he was picked by England at Under-17 level, he was released in the summer, when he joined Forest.

Regan, who is yet to make a first-team appearance for Forest this season, joins a Tamworth side who have not won in seven matches and have slipped to 15th in the Blue Square Bet Premier,

But he is not due to arrive until 6 December, the deal having been done early to beat the 22 November loan deadline.

Marcus Law's side are in FA Trophy first round action at home to Lincoln City on Saturday (24 November, 15:00 GMT), the first of three successive home games.