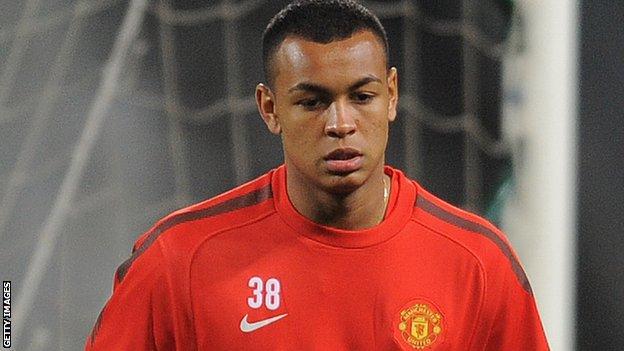 Josh King is excited by the prospect of playing alongside Jordan Rhodes as the striker prepares for his on Saturday.

King, who on Thursday, says Rhodes reminds him of United team-mate Javier Hernandez.

"He looks like a good player, I've heard good things about him and I'm looking forward to playing with him."

Rhodes, who cost Rovers a club record £8m in August, in Blackburn's last game - a

Norway international King, 20, became compatriot Henning Berg's first signing at Ewood Park by agreeing a loan deal, which could be made permanent in January.

"We're very happy to bring him in," said the Rovers boss. "He will add pace, strength and more attacking options to the team.

"He's been at United for five years and been on loan at other places. I think it's good for Josh to be able to play more first-team football and continue to develop as a player.

"It's a loan deal now and if everything goes well, we will look to do that [sign him permanently]."

Meanwhile, Berg has described reports that he tried to bring former Rovers goalkeeper Brad Friedel back to the club before the deadline as "speculation".

The veteran American's position at Tottenham come under threat from France's Hugo Lloris, who joined Spurs in August.

However, Berg added: "When the loan window closes, there will always be speculation and rumours. That's what it is.

"Brad is a Tottenham player and we've got good goalkeepers here, so that's it."