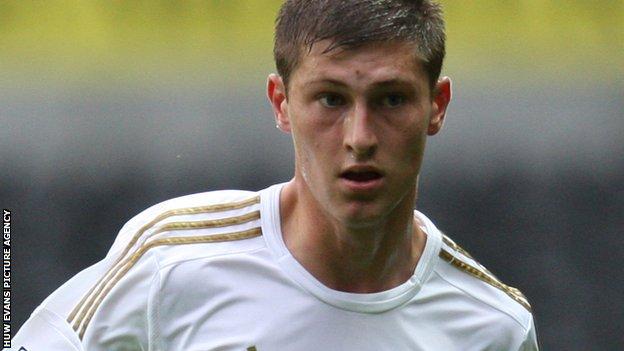 The 19-year-old left-back has made nine successive Premier League starts since a broken leg to Neil Taylor gave him his chance to make his debut.

Just over a month later, Davies won his first Wales cap in the World Cup qualifying win over Scotland.

"I'm delighted to have signed a new deal. It shows the faith the club has in me and I've been rewarded for that," said Davies.

"It is more security for me, and that will allow me to keep working as hard as possible to continue my development here.

"I have already learned a lot from not only playing, but by working hard in training with the manager, coaching staff and team-mates and taking as much advice as possible from them.

"It's a great time to be at Swansea City - whether you are a player or supporter - and I'm delighted to be a part of it."

Davies, born in Neath, was on a basic wage of £400 a week when he broke into the Swansea team in September.