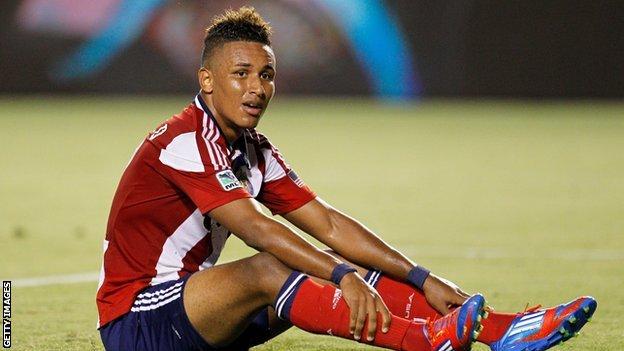 The 20-year-old Chivas USA goalscorer, who has won 16 caps, has been training with Celtic during the Major League Soccer close season as he tries to secure a move to a European club.

Lennon said: "He has looked very good, we have been very impressed with him.

"We are hoping he will stay around for a few more days and we can talk with his representatives."

And the manager added: "I haven't had the chance to sit down with everyone and discuss it but myself and my backroom team have been very impressed."

Meanwhile, Celtic have another trialist at their Lennoxtown training ground. Frank Acheampong, a 19-year-old left winger with one cap for Ghana, arrived on Friday.