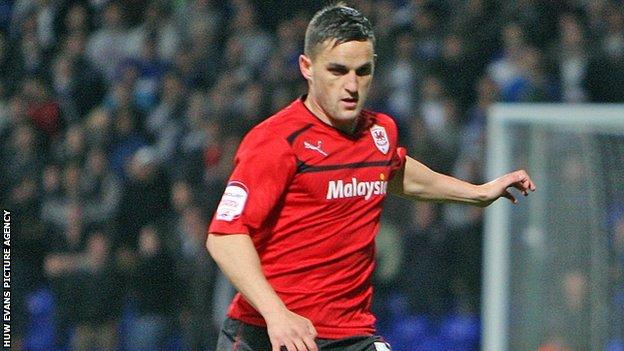 Cardiff City have turned down a transfer request by Scottish winger Craig Conway.

The 27-year-old, who joined from from Dundee in June 2011, has made one Championship start and two appearances off the bench this season.

"He did [put in a request] because he wanted to play football, which was rejected. He understands why that was," said Mackay.

"No, he's part of the squad, part of my group and part of my plans here.

"If someone wasn't, then I wouldn't have a problem with that [a transfer request]."

Conway made 39 appearances for the Bluebirds in the 2011-12 season, scoring five goals.