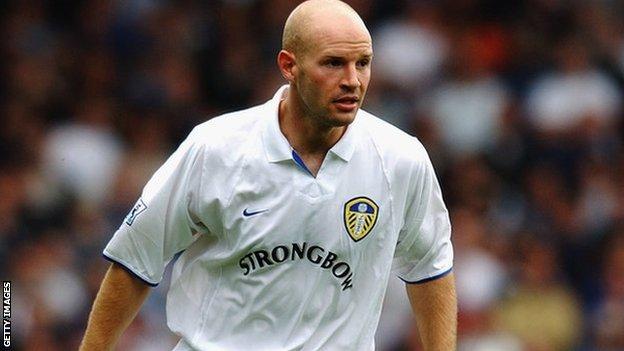 Former Leeds United full-back Danny Mills has said Ken Bates is doing the right thing by continuing his involvement with the club.

Leeds announced last Wednesday that they will be taken over by Middle East-based private equity group GFH Capital.

Bates will stay on as chairman until the end of the season before becoming president thereafter.

"Staying on as chairman is the right thing to do because he knows the club," Mills told BBC Radio Leeds.

"Fans will moan that he's invested in the stadium rather than the team but he's put the club on the right footing.

"I've always backed Ken because he was there when times were hard. He's guided the club, which was at financial meltdown, and has re-built it over time. The club is making money and is one of very few to be doing that.

"In terms of the presidency, I think he just wants to leave his legacy and, if the club gets back to the Premier League, he wants to be able to enjoy the spoils."

Bates has been chairman of the Championship club since taking them over in 2005 and officially became the club's sole owner last year.

Mills made 141 appearances for the Elland Road club across a five-year spell and helped them reach the Champions League semi-final in 2001.

The 35-year-old is also confident that in Neil Warnock the club have the right manager to bring them success.

"His record in the Championship is exemplary, he has done wonders for teams at this level. He is good at getting to the play-offs and getting teams promoted," he continued.

"Over time he'll now be able to get more players in and help them push for promotion.

"There's still time to turn it around this season. It's a very hard league to get out of and it's all about hitting a good run of form like Newcastle did and more recently QPR did under Neil.

"If they come into a good bit of form in January then, as we've seen with other teams before, they can have a great opportunity in the play-offs."

Saturday's 2-1 win over Crystal Palace gave Warnock's side their first league win since 6 October and moved them up to six points off the play-offs.