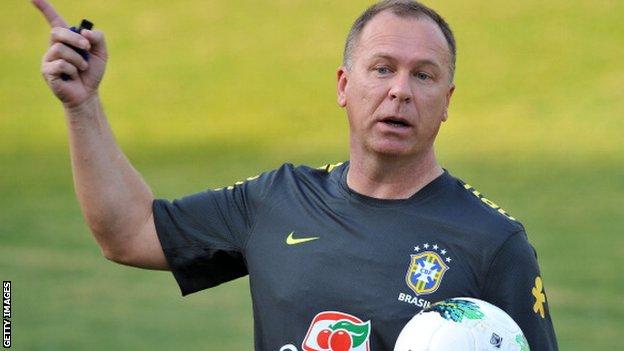 Brazil have sacked head coach Mano Menezes as they seek to implement "new methods" ahead of the 2014 World Cup on home soil.

Menezes, 50, replaced Dunga after the 2010 World Cup, guiding Brazil to the last eight of the Copa America in 2011.

That defeat against Paraguay, plus Brazil's failure to win gold at London 2012, put the coach under pressure.

Brazil lost the second leg 2-1 in Buenos Aires, but triumphed on spot-kicks in the tie which featured only players who play in the domestic leagues of the two countries.