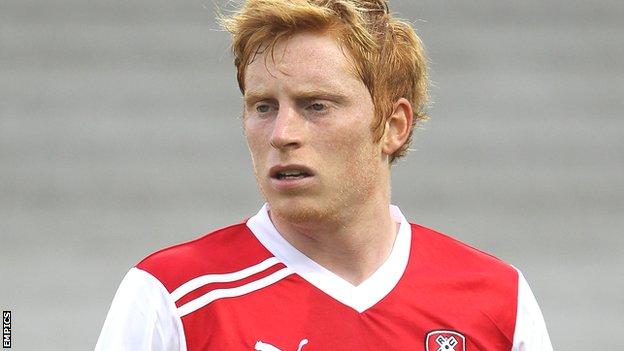 Rotherham levelled when Daniel Nardiello and Michael O'Connor combined to set up Pringle inside the box.

The Millers came close to winning it through Mark Bradley, who hit the post, and Nardiello fired over an open goal while Jeff Hughes went close for Notts.

"I'm still pleased to be in the hat. I thought we started the game very well and then I felt the game petered out.

"We struggled to have anything to build off up front, which mean then we ended up camped in our own half because we were unable to progress the way we want to play.

"We wanted to take the ball into the opposition's half on a regular basis but we weren't able to do that."