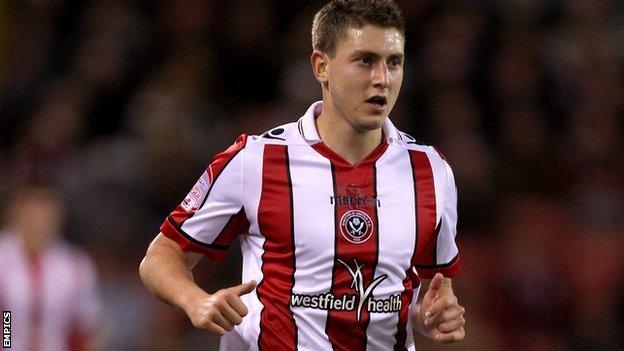 An injury-time brace from Shaun Miller stunned Port Vale to send Sheffield United into the FA Cup third round.

Vale striker Tom Pope put the League Two side ahead when he scored with a low shot after being played in by Jennison Myrie-Williams.

Miller should have levelled but headed wide from Nick Blackman's cross.

But the former Crewe man atoned for his miss, firstly latching on to a Ryan Flynn through ball and then reacting quickest when a Flynn shot was parried.

Vale, who are managed by former Blades boss Micky Adams, have now only reached the third round of the FA Cup once in seven years.