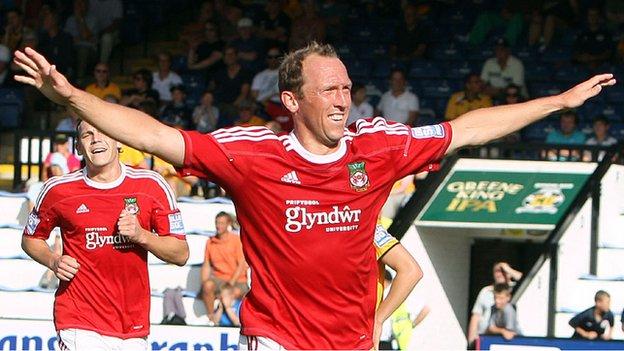 Morrell fired home his first from three yards, before sliding in a shot from 12 yards for his second.

Adrian Cieslewicz made the game safe with a back heel, before Morrell's third and then Declan Walker rounded things off.

Rushall had defender Hakeem Islam sent off in the second half for two yellow cards when they were trailing 2-0.

Morrell confessed he was worried about being substituted while on a hat-trick by his assistant Billy Barr.

"He's done it before, and I'd seen he had both strikers coming on and I thought that'd better not be one for me," he said.

"But I needed 90 minutes under my belt and I managed to get 90, and nice to get a couple of goals.

"I'm just pleased. They made it difficult for us in the first half. We could have gone one-nil up really early on and put it to bed really, but they stayed in it fair credit to them.

"The score was probably a bit harsh, but you have to take your chances when they come and I thought we were a threat every time we were going forward.

"[There are] things to work on, but I'm pleased all the lads have come through it fairly injury free."