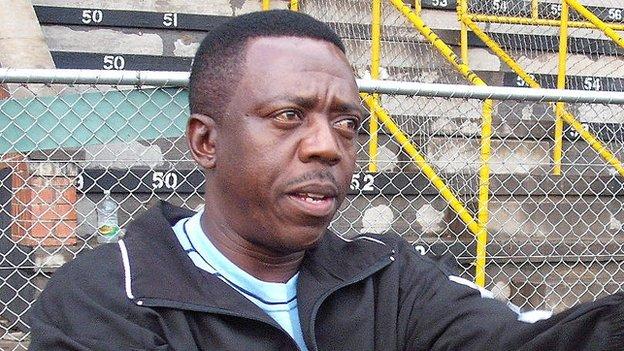 Rahman Gumbo has resigned as coach of Zimbabwe amid speculation that he was set to be sacked.

The Zimbabwe Football Association says his replacement will be named on Tuesday.

He departs a month after the Warriors failed to qualify for next year's Africa Cup of Nations in South Africa.

Zimbabwe lost to Angola on the away goals rule in the final qualifying round after winning the first leg 3-1 in Harare.

They conceded two goals in the first 10 minutes of their return match in Luanda and went out after the 3-3 aggregate draw.

Gumbo had been in the job since January when he took over from Norman Mapeza, who was suspended as he was investigated his alleged role in the country's long-running match-fixing saga.