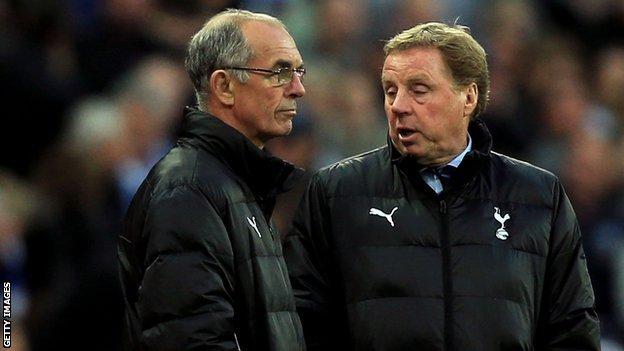 Joe Jordan, one of the favourites for the vacant Scotland managerial position, is due to meet new Queens Park Rangers manager Harry Redknapp.

Jordan spent several years as an assistant to Redknapp at both Portsmouth and Tottenham.

"A further announcement regarding Redknapp's backroom team will be made in due course," said a QPR statement.

The duo will meet in Manchester on Saturday to watch QPR take on Manchester United at Old Trafford.

The Scotland manager's position has been vacant since the sacking of Craig Levein in November.

Gordon Strachan, Owen Coyle and interim manager Billy Stark are others who have been linked with the role.

Jordan amassed 52 caps for Scotland in a playing career which took him from Morton to Leeds, Manchester United and AC Milan.

He began his managerial career at his last club as a player, Bristol City, where he spent two years, before three years as Hearts boss.

A spell at Stoke City was followed by a return to Bristol before joining Redknapp for the first time at Portsmouth in 2004.