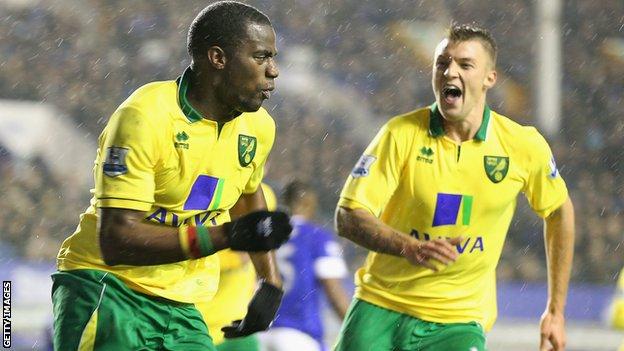 Norwich City are to speak to police regarding allegations of racist abuse towards Sebastien Bassong.

The Cameroonian defender headed in a last-minute equaliser to give Norwich a 1-1 draw at Everton on Saturday.

Norwich chief executive David McNally confirmed that the club were aware of the reports of abuse on Twitter.

"We will be following up with the police regarding the racist comments reported after the game," he wrote on Twitter.

He later added: "Not relevant which team they (people accused of abuse) support. Don't accept racism from anyone and so these comments will be reported to the police."

McNally's comments were echoed by manager Chris Hughton, who said: "We have taken the appropriate action and passed [the messages] on to the police. But it is hugely disappointing."