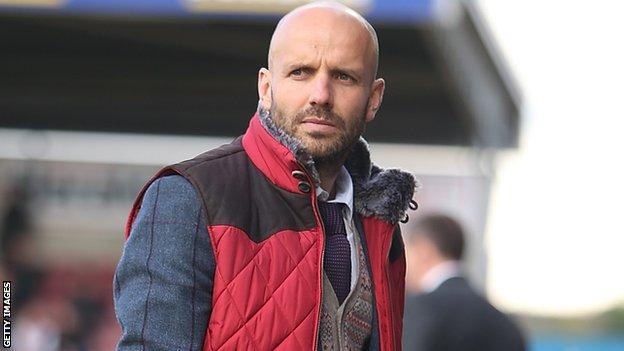 Exeter City manager Paul Tisdale says his side's shows how competitive the Grecians can be.

The loss ended a four-match unbeaten run which included wins over leaders and after going six games without a win.

"It was disappointing result but a terrific day," Tisdale told BBC Radio Devon.

"We're disappointed but we're getting there and it showed that we're very competitive when we had to be."

Ian Sharps's header was enough to seal three points for Rotherham as the Millers leapfrogged City into the final play-off spot.

And Tisdale says his side must now ensure they do not give away the first goal in matches if they are to keep up their hopes of a place at the top end of League Two.

"I loved the game, "he said. "I've no criticism with the players' commitment and how they did everything possible.

"The players had a new purpose about them off the back of the last week or two, but there were no new lessons in the fact that if we concede the first goal it becomes hard to score.

"Going into the second half of the season we need to make sure it happens less then it has so far.

"I'm very disappointed that we haven't got the result. I'm not going to justify it by saying we've had a couple of wins on the road.

"As long as we hit December with the intent that we have done there's an opportunity now to get our season moving."