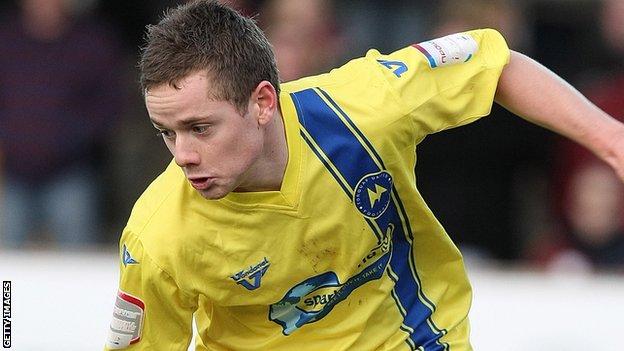 Stevens, 26, has suffered a number of injuries and has played just 13 times for the Gulls this season.

"Danny got 10 last year and he's had a bit of a stop-start season, it's only his second goal.

"Hopefully that's a start of a run for Danny now and he gets playing consistently," said Ling.

Torquay's victory was their first in five games and just their second on the road all season, as Joe Oastler followed up Stevens' opener with his first senior goal.

"The players, since I've been here, each time there's been a situation when it hasn't gone so well, we've come back with a positive performance," Ling told BBC Radio Devon.

"We've got be careful we don't get above ourselves, we know where we are in this league, we are a hard-working team.

"I didn't think the home form was the problem, it was coming out on the road, sticking in and getting some dogged performances like we did last year and this was one of them, that's for sure."