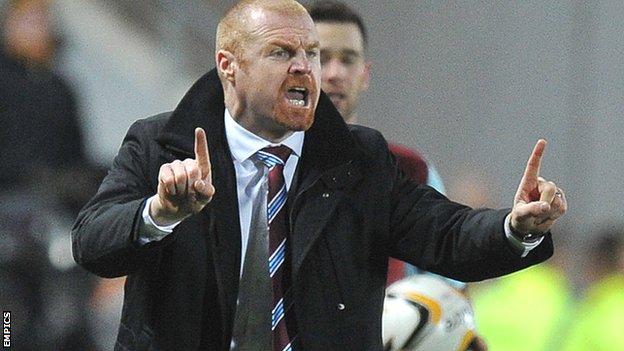 Sean Dyche is pleased with the improvement made by Burnley's defence since becoming manager at Turf Moor.

But they kept a third clean sheet in five games under their new boss to on Saturday.

"I'm pleased with how receptive the players have been. They've taken a lot on board in a short space of time," the 41-year-old told BBC Radio Lancashire.

"They've done it really well. There are a lot of things changing and one of them is the mentality.

"When you see performances like that, it's pleasing that a lot of the good work my staff are putting in, and the players have been receptive too, is working."

And while delighted to see his team defend stoutly at the KC Stadium, the quality of Dean Marney's winning goal gave former Watford boss Dyche just as much pleasure.

He added: "It was a fantastic move. It was the kind of stuff you see in the Premier League.

"We're not there yet, for sure, but it's nice that there are moments out there that suggest real quality. That's what I feel we've got here."