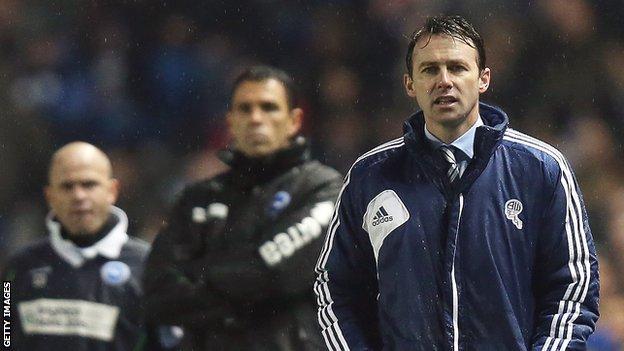 Dougie Freedman says Bolton were not at their best against Brighton and admits they were lucky to draw the game 1-1.

The Scot told BBC Radio Manchester: "We didn't perform to our potential and Brighton played wonderfully well. They deserved to win the game.

"But when you've got the characters in that dressing room, you always give yourself a chance in life."

He added: "That attitude and desire to keep having a go got us a point."

Freedman made four changes to his starting line-up on Saturday - Tim Ream, Tyrone Mears, Darren Pratley and Benik Afobe all began against the Seagulls.

"I've got to have a look at my squad," said the former Crystal Palace boss, who takes his side to Blackburn on Wednesday. "I'm and I must be fair to people that are here by giving them an opportunity to play.

"It's a good group that I've got here. They've been underperforming and low on confidence - we know that and we won't hide that.

"But it's a good group who want to do well for each other.

"There will be a few knocks along the way, but I get the feeling that if we keep trundling along picking up points and getting a few wins, all of a sudden it should change."