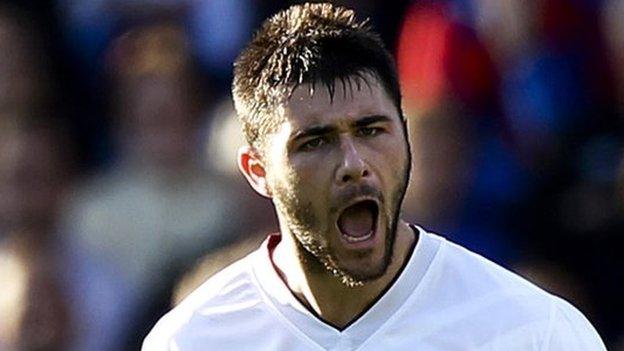 For stand-out fixtures, raw passion, connections to yesteryear and old rivalries reborn, it's the Championship and not the Premier League where the real drama will happen this weekend.

The top-flight's highlights include the east-meets-west London clash between West Ham and Chelsea, Clint Dempsey and Mousa Dembele's return to Fulham with new club Tottenham and an important match at the bottom of the table between QPR and Aston Villa.

Yet there's a seven-course feast going on in the Championship, with last Wednesday night's merely the appetiser to what lies in store.

"There's certainly more things to get enthused about," said the former Leicester, Portsmouth and Millwall striker.

"Anybody who likes football as a whole will look at the Championship fixtures and think they stand up to those in the Premier League. 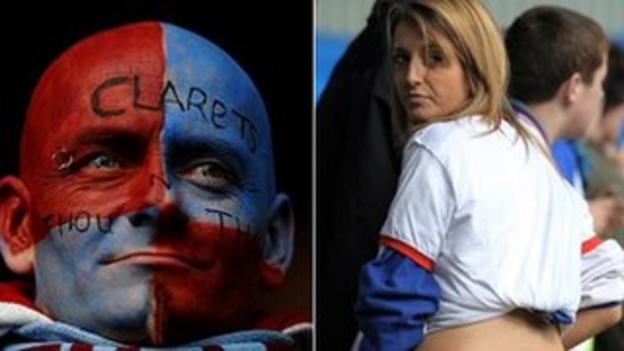 "There's lots of different connotations, nice little match-ups, some big local derbies. It's a big weekend for the Championship."

The fixture computer has thrown up a fascinating set of matches and Football League chairman Greg Clarke, while not drawing comparisons with the Premier League, is buoyant about his product: "This is a big weekend in the Championship season with local pride at stake in a number of hugely important derby matches.

"It's been another fiercely competitive Championship campaign so far, with the majority of clubs still involved in the hunt for promotion. In fact, there's only six points separating Hull City in sixth place and Leeds United in 15th.

"As a division, the Championship continues to flourish and its profile continues to grow both domestically and on the international stage."

Ten months after being sacked by Leeds, Simon Grayson, now manager of Huddersfield, takes on his former club for the first time.

The 42-year-old was at Elland Road for three years before parting company with them last February, having failed to mount a serious promotion campaign.

His Terriers side are among the contenders in this season's promotion shake-up and he will be mindful this game represents his sole chance, to prove to Ken Bates and the current Leeds board they were wrong to let him go.

Leeds boss Neil Warnock, who turns 64 on Saturday, lists Huddersfield among his 22-year, 13-club managerial career. During his two-season tenure, the Terriers moved to their current home, won promotion to what is now the Championship and visited Wembley twice.

Warnock reportedly rejected the chance to return to Huddersfield last February, opting to join Leeds instead for one "big last challenge".

The Eagles versus the Seagulls. Nearly 50 miles separate them and neutrals may not understand it, but these clubs simply do not get on.

The rivalry dates back to the 1976-77 season, when the two Third Division promotion-challengers met five times, including in three tasty FA Cup clashes.

Terry Venables had just been appointed Palace boss and Alan Mullery, the man who pipped El Tel to the Tottenham captaincy a few years earlier, named Brighton boss. Each man was determined to get the better of each other and it made for compelling viewing.

Both ultimately secured promotion, and eventually reached the top flight together in 1979. There was always something riding on Palace and Brighton meetings and to this day it is a key game for each set of fans.

Brighton's 1-0 win at Selhurst Park during the 2005-06 season is their only victory over Palace in seven league attempts.

Last season was the first time in 26 years that Brighton (10th) finished above Palace (17th) in the league, although the Eagles took four points off Brighton with Palace fans taking particular pleasure Former Brighton man Glenn Murray scored for Palace that day.

For the first time in 16 seasons, the South London trio of Millwall, Charlton and Crystal Palace find themselves in the same division and, as the crow flies, these are the Championship's two nearest neighbours.

The majority of Millwall fans have been looking forward to renewing acquaintances with the promoted Addicks since the season began, especially with West Ham no longer in the same division.

Older Charlton fans have traditionally viewed Millwall as their main rivals, although some younger supporters have a dislike of Palace, stemming back to their days of ground-sharing at the Eagles' Selhurst Park.

so even for those younger Charlton fans this fixture has taken on greater significance as they look to restore some local pride.

They might not admit it but Derby fans are more eager to win this fixture than they let on. Fellow East Midlands side Nottingham Forest may be the Rams' spiritual rivals, and indeed to some Leicester supporters depending where in the county they live, but the Foxes have held something of a hoodoo over Derby in recent years.

Derby's last win over the Foxes was a 1-0 home victory in 2010, courtesy of an Andy King own goal.

The Rams have won just two of the last 14 league meetings and to this day hold an unwanted Premier League record for the quickest time taken to concede four goals: just 15 minutes into their 1998 clash with City.

Derby have lost the last four fixtures between the two sides and are yet to win at Leicester since the Foxes moved to the King Power Stadium (formerly Walkers Stadium) in the summer of 2002 - facts that are starting to wear thin on some County fans.

Underdogs Leicester even beat the Rams to a place in the Premier League with play-off glory back in 1994.

This is one of the fiercest derbies in British football with 130 years of history.

It's a fixture of pure loathing with antics galore from opposing supporters, usually when the other team is at their lowest ebb.

The plane that flew over Ewood Park last season prior to Rovers' Premier League relegation had been 21 years in the making. The message "In Venky's We Trust" was Burnley's retaliation after a plane claimed the Clarets' would be "staying down forever" after they lost a Fourth Division play-off match in 1991.

No Burnley fan under the age of 32 knows what it is like to beat Blackburn - their last victory came in April 1979, a run of nine league and cup outings against their old foes without success.

Rovers have completed league doubles the last three times they have played in the same division. They also won both legs of last season's FA Youth Cup semi-finals, when a combined attendance of more than 20,000 turned up to watch the rivals slog it out.

In six years in charge he established the Bluebirds as regular Championship promotion challengers, oversaw the club's move to their new ground and perhaps most famously guided them to the 2008 FA Cup final. Back-to-back failed play-off bids, along with Swansea's promotion to the Premier League, ultimately led to his downfall.

The Bluebirds may have ended Malky Mackay's first season in charge with another play-off failure, but the Scot also led Cardiff to the League Cup final and they have started this season strongly.

Mackay's table-topping youngsters have won all nine home league games. Yet if there's one man who will be determined to end that run it's Jones, not only to prove a point, but also because he relishes the role of the underdog, as he has proved with various cup runs at former clubs Stockport, Wolves and indeed Cardiff.