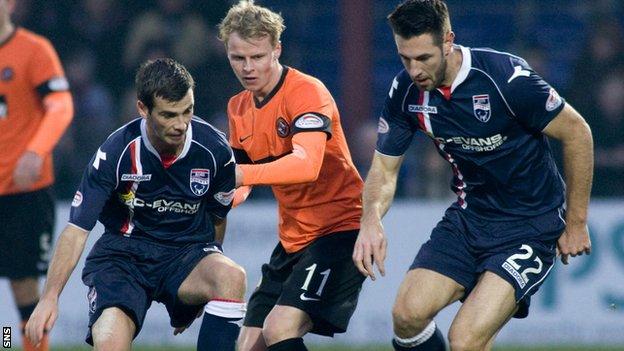 Dundee United winger Gary Mackay-Steven will be sidelined for at least four weeks after suffering a fractured hand.

Mackay-Steven, 23, who only recently returned from knee surgery, suffered the injury in Saturday's win at Ross County.

He joined United from Airdrie in July 2011 and has been a regular in manager Peter Houston's starting line-up.

Earlier this year, the winger signed a contract extension to keep him at Tannadice until the summer of 2015.

Houston expressed frustration at losing the winger, adding: "He's going to be out for a minimum of four, maximum of six weeks.

"It's a blow for us and a blow for the boy because he's just come back from a knee operation.

"It's not been a great start to the season for him. These things happen sometimes in football."