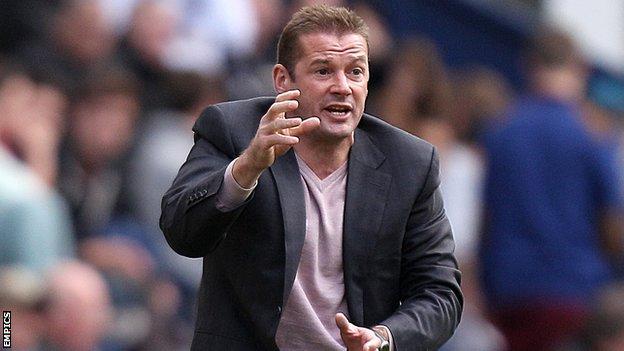 Graham Westley says Preston were not helped by injuries to three key players as his side's seven-game unbeaten run came to an end at Leyton Orient.

"We ended up with three big players going out of the side," Westley told BBC Radio Lancashire.

"Trying to sustain the performance levels with those changes - we knew we would have to work very hard to win."

Speaking after the 2-0 defeat, Westley continued: "We had 23 attempts at their goal, compared to eight at ours. That says we built a lot of play and the scoreline suggests we didn't do enough with it.

"We were always going to be a little bit disrupted in our normal patterns, but the players did carve out the chances.

"Ruthlessness at one end and being clinical at the other was the different between the two sides."

Teenager Todd Kane, who was on Thursday, was handed his first senior start by Westley at Brisbane Road.

"He had a decent debut on the whole and showed what he's all about," added the North End boss.

"He's a good athlete, he's tenacious and he's got good footballing qualities, which is why he's so highly regarded at his parent club."