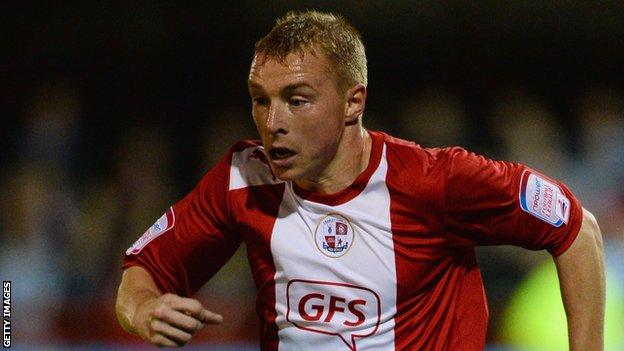 Crawley Town midfielder Nicky Adams says the side are close to ending their current winless streak in League One.

Saturday's 2-0 loss at Crewe was their sixth game without a win, which has seen them slip to ninth in the table.

He told BBC Sussex: "You are going to have a blip. We've had it now and are only three points off the play-offs.

"Things are not going for us at the moment. The positive is we are still playing good football. If we can start knocking a few goals in we'll be OK."

He added: "We are playing some good football and creating a lot of opportunities but we are not putting them away.

"In the end, you get punished.

"We're a strong squad, we're all together so we'll stick with it and come out of this little rut."

Crawley were sitting fourth in League One before their current run of three draws and three defeats. However Adams is remaining positive about their chances of reviving their bid for a third successive promotion.

"It's been a great start and there's no point getting down about it," the 26-year-old continued.

"If your not winning games and not playing well that is not good.

"We're still playing good football, just not getting the breaks at the moment."