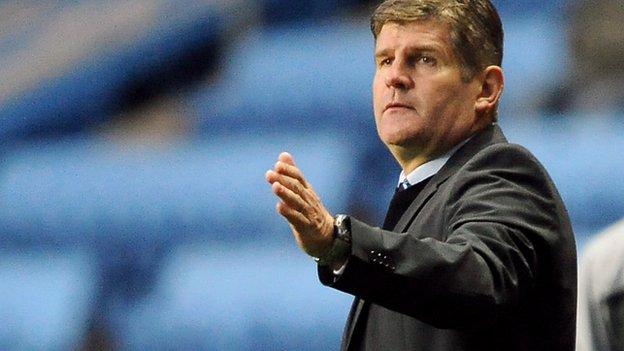 Scunthorpe boss Brian Laws has issued an apology after saying his team's defending was "as bad as the Holocaust" in Saturday's 4-0 defeat by Doncaster.

Laws used the comment in a post-match interview with BBC Radio Humberside.

He told the club website: "I would like to apologise. The use of the word was not intended to cause offence and was used in the heat of the moment.

"It was a poor choice of language to define those emotions and wasn't meant in the true meaning of the word."

Laws returned to Glanford Park for a third spell as Iron manager last month and has won two, drawn one and lost two of his five league games in charge.