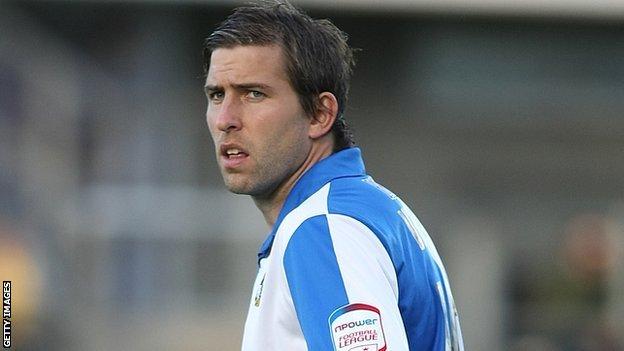 Bristol Rovers' Adam Virgo could miss the rest of the season, while Cian Bolger's return has been delayed.

Virgo, 29, has been sidelined for a month with a recurring knee problem, which saw him miss most of last season.

Fellow defender Bolger, 20, was recovering from a cruciate ligament injury which had kept him out since September.

But he twisted his ankle while training with parent club Leicester and is now expected to miss another three weeks.

Bolger is due to return to the Foxes when his loan ends in January but manager Mark McGhee has said he wants to keep the youngster at the Memorial Stadium.

"We will be looking to extend his loan until the end of the season," said McGhee.

"We want Cian to be here and my hope is that he will be here long term and be a permanent fixture."

Former Brighton and Yeovil man Virgo is in his second season with Rovers but has been restricted to 23 appearances because of the knee condition, which McGhee described as "chronic".

"It is a big, big worry for him," the Scotsman added.