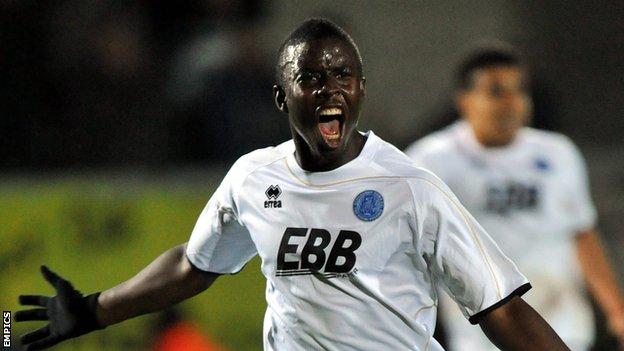 Aldershot Town winger Kieron Cadogan is hoping to extend his stay with the League Two side.

The 22-year-old has made seven appearances for the League Two side since joining on a three-month deal at the end of September.

"It was hard at the beginning but now I feel settled. I feel like I am growing and feel a part of the team.

"I really appreciate the chance and hopefully I can keep improving," he told BBC Surrey.

"Short-term deal or long-term deal, I just want to play. It's why I came here.

"I was struggling at first to get in the team then I got my opportunity against Hendon in the FA Cup. From there, I haven't looked back."

The Shots currently sit next to bottom in League Two but Cadogan has seen signs that they will be able to climb the table.

"I feel like we are coming together more and the fans are behind us more," the former Crystal Palace trainee continued.

"Everyone in the changing room is feeling the support and we are growing. There is definitely progress.

"Everyone is putting their life on the line to fight for the club and stay up. I know we will succeed."