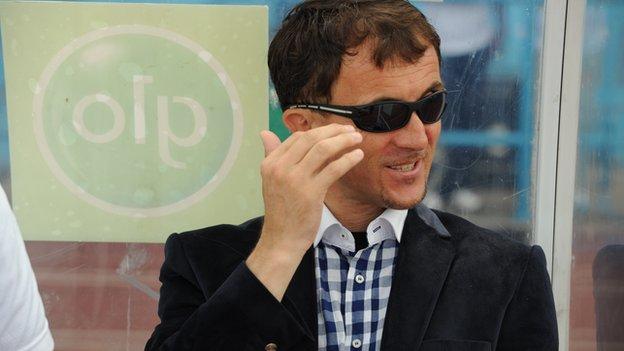 Amavubi, who are coached by coach Sredojevic Micho (pictured) and came second to Uganda in last year's tournament, netted the first goal in the 42nd minute through Jean Baptise Mugiraneza, who converted after a great run and cross from Mwemere Ngirinshuti.

Malawi, who are a guest side in the tournament, pressed for an equaliser and they should have got it but Joseph Kamwendo blasted two great chances over the bar.

Rwanda made the game safe late on when, following a swift counter-attack, skipper Haruna Niyonzima fired in a long shot from outside the box that left Malawian goalkeeper Charles Swini with no chance.

The win put's Micho's team in top position after the second game of the group saw Zanzibar play out a goalless draw with Eritrea.

Meanwhile, South Sudan's coach Zoran Dorjdevic has warned that his side will be all out to teach Kenya a lesson on Tuesday.

"Kenya should be aware that we are coming out for our first win," the Serbian born coach told BBC Sport.

The other match on Tuesday will feature defending champions Uganda against Ethiopia in what promises to be a thriller since both teams won their opening game in Group A by the same margin.