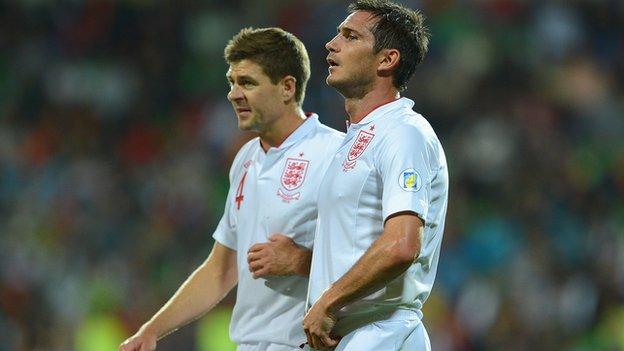 England midfielders Steven Gerrard and Frank Lampard have been named among 15 midfielders on the shortlist for the 2012 FIFPro World XI.

Eden Hazard, David Silva and Yaya Toure are the other Premier League players to be nominated by fellow professionals.

Three midfielders will be selected for the team, which will be announced during the Fifa Ballon d'Or Gala on 7 January 2013.

What is the FIFPro World XI?

Spanish giants Barcelona have four players on the shortlist.