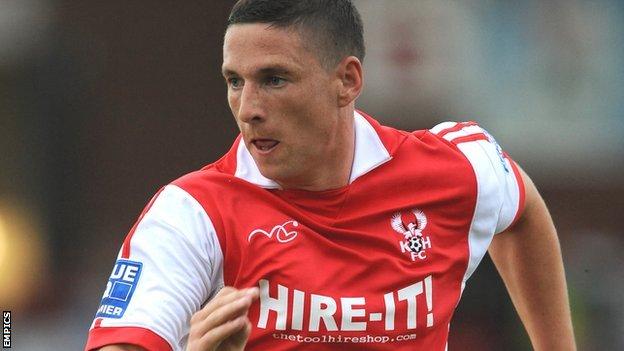 Substitute Rowe diverted in a shot from Anthony Malbon for the winning goal.

Harriers had dominated but Jamille Matt and Nathan Blissett both fired over, Marvin Johnson headed off target and Lee Vaughan also had an effort saved.

Tamworth midfielder George Baldock blasted over the crossbar when well placed and Richard Tait's shot was cleared off the line by Vaughan.

Harriers, who began the season with five successive defeats, have moved up to eighth in the Blue Square Bet Premier league table, only four points off a play-off place.