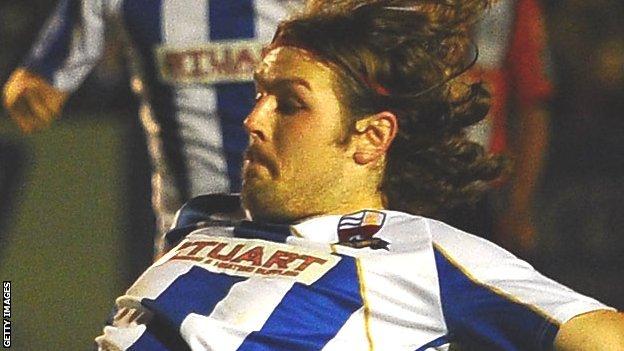 Andy Brown's header on the stroke of half-time moved Nuneaton off the bottom of the league table with a victory over play-off hopefuls Dartford.

Danny Newton and Connor Taylor went close for the hosts, before Brown converted Neil Cartwright's cross for the only goal of the game.

Dartford's Harry Crawford put his header over the bar, while Jon Wallis had also squandered a chance to level.

Nuneaton are now only three points adrift of safety.

Dartford remain in the Blue Square Bet Premier play-off positions on goal difference ahead of sixth-placed Luton Town, although the Hatters have two games in hand.

"I can't say it's one of the best performances we've had but fair play to Nuneaton. They've battled away and we tried to make things too difficult.

"I hate to concede from a set piece when it's 46 minutes and somebody makes a stupid challenge.

"We should have had a stonewall penalty without any shadow of a doubt but please don't hide the fact that we put in a poor shift and that's not acceptable."