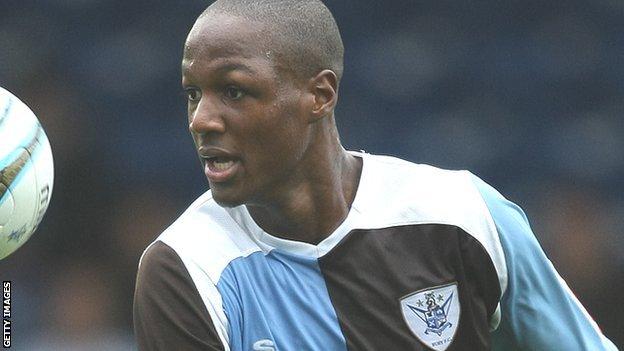 Tom Elliott scored a hat-trick as Cambridge United jumped above Ebbsfleet United and out of the relegation zone.

Elliott's shot from the edge of the box took the U's ahead, before Liam Enver-Marum's six-yard strike and Matt Godden's header put the Fleet in front.

But Elliott then completed his treble with two headers either side of Sam Smith's finish from 12 yards.

Cambridge had Andy Pugh sent off for a second yellow card but his side's win puts Ebbsfleet in the relegation zone.

"Our centre-halves couldn't handle Tom Elliot. We didn't clear our lines properly and he was the difference.

"As well as my centre-halves played on Saturday, they played as poorly today.

"Good teams are all about consistency. A team on a one-off situation can beat anyone.

"They were four goals that could have been dealt with if we were a little more switched on."