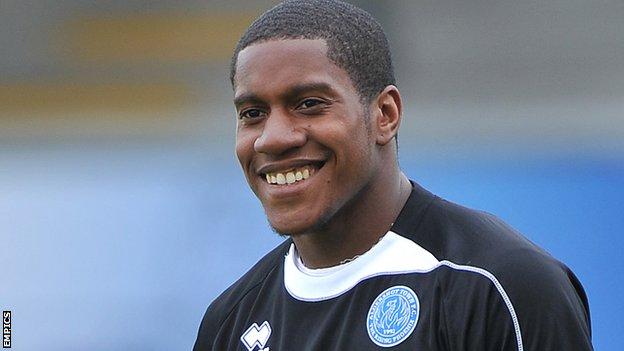 A goal in each half helped Woking move four points clear of the relegation zone with victory at Lincoln.

Lincoln went close before half-time through Jamie Taylor and David Morgan, with Billy Knott missing an opportunity to extend the visitors' lead.

Bradley Bubb made sure of the points with his 10th goal of the season after he latched on to Sawyer's pass.

Woking went into the game on the back of two high-scoring encounters. A 7-0 thrashing of Farnborough in the FA Trophy was followed by a role reversal with a last weekend.

The Imps, who were involved in a thrilling FA Cup second-round last Saturday, offered little after the break with Taylor and Gary Mills sending efforts wide.

Knott had a chance to score Woking's third but his shot was deflected over the bar by Lincoln goalkeeper Paul Farman.