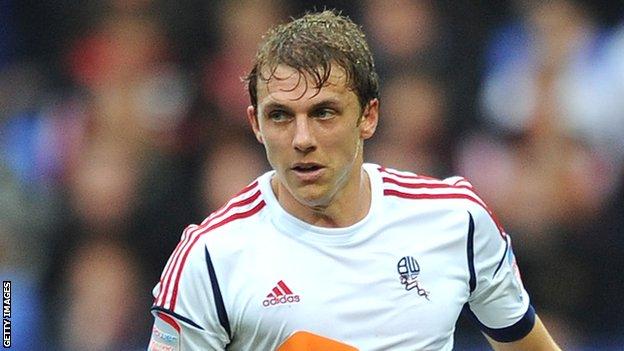 Defender Stephen Warnock says Bolton are confident of extending their five-match unbeaten run at his former club Blackburn on Wednesday.

Wanderers have not lost since new boss Dougie Freedman took charge in October.

Warnock told BBC Radio Manchester: "The response in the dressing room was great, so you go into the game against Blackburn with a positive attitude.

"We've come in on a high after getting that result and you go into the game looking forward to it a bit more."

The 30-year-old former England full-back continued: "We didn't have any luck at the beginning of the season. The amount of penalties and little things that went against us - we deserve a little bit of good fortune."

David Ngog scored in the sixth minute of stoppage time to on Saturday, although Freedman, who succeeded Owen Coyle as manager, said his side were fortunate to escape with a draw.

Warnock, meanwhile, is looking forward to returning to Ewood Park, having spent two and a half years with Blackburn earlier in his career.

"It will be nice to go back and see a few old faces, but the club has changed a lot," he said. "It's always nice to go back to your former clubs and especially the ones you enjoyed being at."

A £1.5m signing from Liverpool in January 2007, Warnock played 109 times for Blackburn before leaving for Aston Villa in August 2009 and has started 11 games