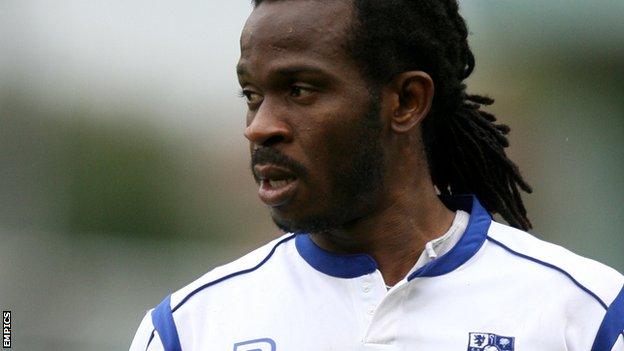 Veteran defender Ian Goodison is still worthy of a place in the Tranmere squad, according to Liam Palmer.

on Saturday, Jamaica international Goodison became the first man to play for Rovers past their 40th birthday.

"He's come in, done really well and proved he can still do it at this level. He was one of our best players."

Palmer, who is on loan at Prenton Park from Sheffield Wednesday, continued: "He controlled the defence, he controlled the tempo of our passing and he was comfortable in possession. He's top drawer."

Goodison, who joined from Hull in February 2004, has played 380 times for Tranmere.

following a knee operation, but made his first start of the campaign at the Lamex Stadium in place of the suspended Ash Taylor.

Ronnie Moore's Rovers, who are three points clear at the top of League One despite not winning any of their last three games, will put their promotion aspirations to one side at the weekend.

They face Chesterfield in the second round of the FA Cup, although Palmer's participation depends on whether his parent club will give him permission to play.

"We'll have to wait and see on that one," added the 21-year-old, who is and is yet to score in 22 appearances for the club.

"You want to win most, if not all of your home games. We need to get back to winning ways at home and I'm sure we'll do that."