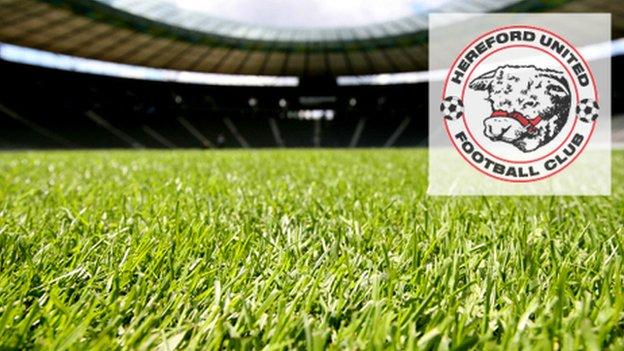 Hereford United have been forced to wait a week to find out the identity of their opponents in the second round of this season's FA Trophy.

Josh O'Keefe's second-half winner in Saturday's 1-0 first round victory at Ebbsfleet proved enough to earn the Bulls their place in the hat.

And they were handed a home tie against either Hampton & Richmond or Chelmsford City on 15 December.

But, after drawing 1-1 on Saturday, Monday night's replay was postponed.

Hereford, who have twice made it to the semi-finals of the Trophy (in 1971 and again in 2001), are scheduled to be in knockout action the same night, playing their televised FA Cup second round tie against Cheltenham Town at Whaddon Road.

The Bulls, 11th in the table, seven points adrift of the play-off pack, return to Blue Square Bet Premier action when they go to Barrow on Friday week (7 December, 19:45 GMT).

They then return to Ebbsfleet for a league game on 22 December.