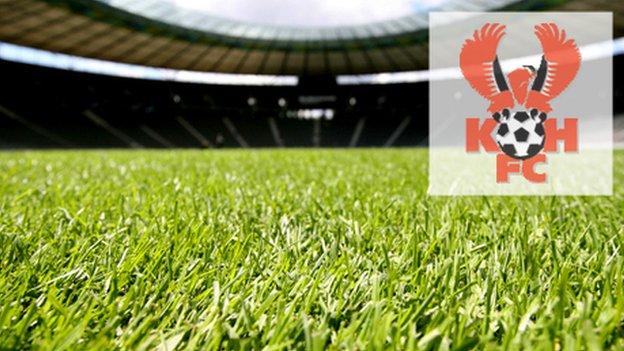 Kidderminster Harriers must succeed where one Worcestershire side have already fallen this season, if they are to make further FA Trophy progress.

"We wanted a good run in the Trophy," said assistant manager Gary Whild.

"We knew there would be some tough games to do that - and that was the case on Saturday at Alfreton."

The confidence that winning brings has given the lads a spring in their step. The games can't come quick enough now

Whild added: "The likes of Luton, Gateshead and Newport have all found out how hard a place it is to go to this season and we've got to feel encouraged by our performance.

"We were worthy winners. We changed things at half-time and looked a lot stronger in the second half.

"And it was great to see Jamille Matt back. He needed the game, but he's now got 80 minutes under his belt and we know he'll get better and better."

Harriers had to come from behind in Derbyshire, Danny Pilkington's equaliser taking them in 1-1 at the break before two goals in the final 15 minutes from Cheyenne Dunkley and Ryan Rowe earned Steve Burr's side their place in the second round hat.

And, after being held 1-1 at home by Boreham Wood on Saturday, Bromley, 1-0 FA Cup conquerors of Worcester City in October, booked their round two meeting with the Harriers with Monday night's 2-0 Trophy replay win in Hertfordshire.

Between now and that their long trip to Kent on 15 December, Harriers have three Blue Square Bet Premier games.

They have home matches against Welsh sides Wrexham and Newport, either side of next Tuesday night's derby clash at Tamworth, as they bid to continue their encouraging run of just two defeats in 17 games.

Harriers have now risen to within 10 points of the Blue Square Bet Premier play-off zone, although they remain just three points clear of trouble. And Whild insists their upturn in results was always likely.

"We were never playing badly," he added. "But the confidence that winning brings has given the lads a spring in their step.