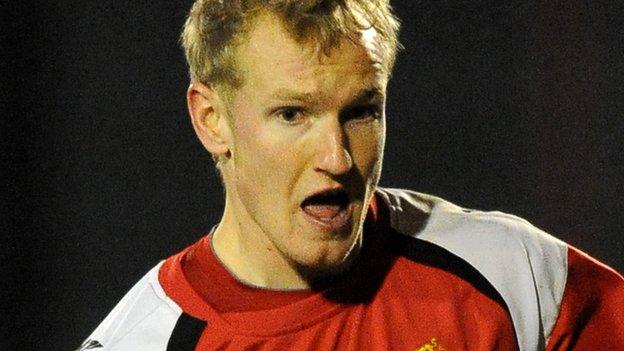 Tamworth summer signing Marcus Kelly is finally finding his feet at The Lamb after an early season injury.

After a good pre-season, the former Rushden & Diamonds, Oxford United and Kettering Town midfielder suffered a toe injury just 16 minutes into his Lambs league debut back on 11 August.

But, after seven weeks out, he is back to form, as he proved with Saturday's FA Trophy treble against Lincoln.

"He was looking good in pre-season, until he suffered the injury and it's taken a long time to get it right.

That's all you can ask for at this stage of the competition, a home draw.

"But he showed he was over it against Lincoln and took his goals really well.

"He's the one you want it to fall for on the edge of the box as he's got such a good strike on him."

After going in a goal down at the break on Saturday, Kelly did not level until the 71st minute before adding two more in the final five minutes.

That earned them a place in Monday's second round draw - in which the Lambs pulled another home tie against Corby.

"That's all you can ask for at this stage of the competition, a home draw, " added Hadley.

"We've not played Corby since our Southern League days but they beat a Conference South side, Hayes & Yeading, in the last round, so we'll obviously have to show them a lot of respect."

Tamworth's second round tie against Corby will be staged on Saturday 15 December (15:00 GMT).