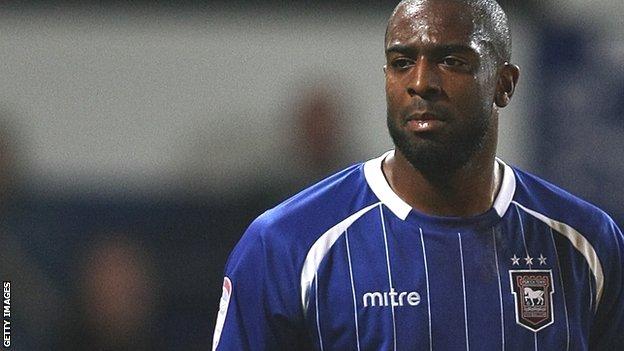 Scunthorpe United striker Nathan Ellington has said the team need to be more vocal after their 4-0 defeat by Doncaster on Saturday.

The 31-year-old, who is on a one-month loan from Ipswich, made his first start for the Iron in the loss.

"We just need to stand up and be counted and be men out there," he told BBC Radio Humberside.

"A lot of us are too quiet, me included, and we need to communicate with each other better on the pitch."

He added: "I have to feel my way in obviously but we all need to step up now.

"I know I'm short of match fitness at the moment and I know I have to work hard to get there. The more games I play, the better I'll be."

Brian Laws's side, who are currently 23rd in League One, do not play again until the home match against Bournemouth on 8 December.

The former Wigan, West Brom and Watford striker has mixed emotions about having to wait so long for their next game.

"It's not nice when you've lost a game and you know you've got a while until your next one," he continued.

"At least it gives us time to get out on the training ground and work on what went wrong and make sure we don't make those mistakes again."