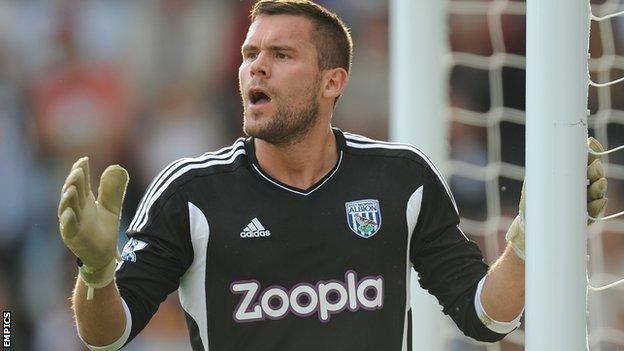 Foster, 29, has not played in the club's last three league games and has been ruled out of Wednesday's Premier League match at Swansea.

"It is possible that Ben could need further surgery," confirmed Clarke, whose side are third in the top flight.

"If that is the case, it will be the same timescale as before [he will be out for] seven to 10 days."

Foster, whose last game was the 2-0 win over Southampton on 5 November, has been replaced by 30-year-old Boaz Myhill.

Myhill has helped the Baggies to continue their winning run with three victories against Wigan, Chelsea and Sunderland.

"I have not spoken to Ben. He is with the medical staff. He does not need me to hold his hand and tell him I love him," added Clarke.

"He knows how important a player he is to us but I've every confidence in Boaz.

"His attitude was excellent when he was out of the side and he has grabbed his chance with both hands."