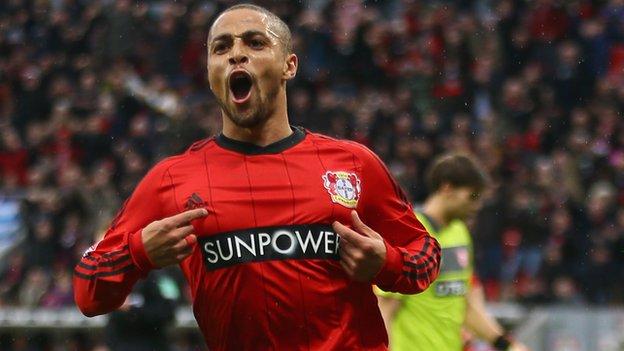 Nigeria have conceded they will not be able to include former Germany youth international Sidney Sam in their squad for next year's Africa Cup of Nations.

Sam, 24, who plays for Bundesliga side Bayer Leverkusen, was born to a German mother but his father comes from Lagos.

As he has not played for Germany at full international level, Sam is eligible to play for Nigeria - provided world governing body Fifa approves his nationality switch.

And two weeks ago Sam said he was prepared to play for Nigeria after speaking to the country's coach Stephen Keshi.

But the Nigeria Football Federation has conceded they will not have time to register the player before the tournament in South Africa kicks off on 19 January.

"It is true that we have started the process but a Fifa clearance for him to switch national allegiances will take a while," NFF spokesman Ademola Olajire told BBC Sport.

"With Victor Moses and Shola Ameobi it took several months to get these clearances so we envisage it will take a while for Sam too.

"It's a procedure that takes a while because it involves two countries and Fifa.

"One thing we can say from the federation level is to keep pushing and ensure we get before the 2014 World Cup qualifiers resumes.

"We know the player is ready now and the coach also wants him, but we have to admit that Sidney Sam will not be cleared before the tournament in South Africa."

Former Nigeria captain Keshi succeeded in convincing the winger to play for the Super Eagles after he recently returned from a lengthy injury lay-off.

Keshi told BBC Sport in Miami: "Sam is a player with enormous potential, intelligent and will be a great addition to Nigeria."

But the coach and millions of fans in the West African country would have to wait a little longer to see Sam, who has scored four league goals for Leverkusen this season, make his début for Nigeria.