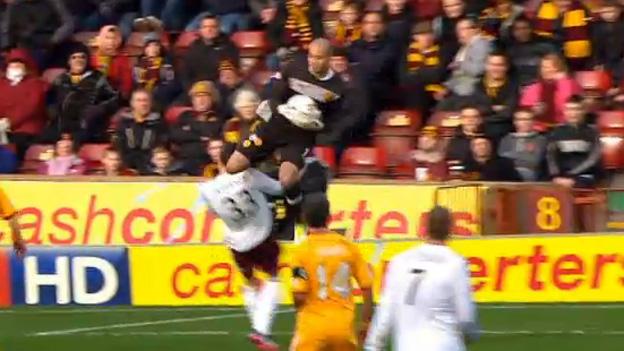 Motherwell keeper Darren Randolph has been offered a two-match ban for a high challenge on Hearts striker Callum Paterson on Saturday.

The Scottish Football Association's compliance officer has charged the player with "violent conduct by kicking an opposing player".

Randolph appeared to direct his leg at Paterson's head as he came to gather a high ball in the Fir Park encounter.

The keeper has until 28 November to respond to the notice of complaint.

Should the Republic of Ireland international reject the fixed suspension on offer, the matter will be assessed at a fast track tribunal the following day.

Referee Crawford Allan did not punish Randolph for the challenge.