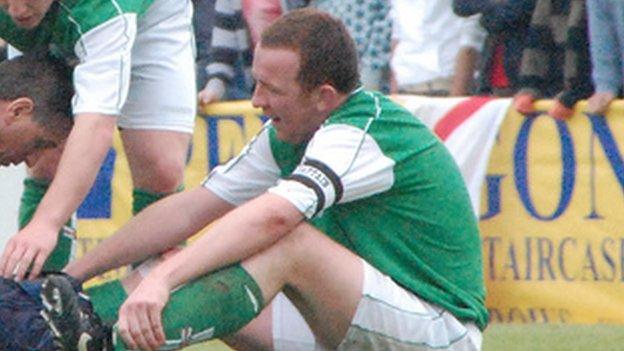 Kevin Graham is to stay on as Guernsey manager for next year's Muratti.

"I spoke to Kevin a week or so ago and he's very happy to take it on again for this year," Guernsey FA chairman Chris Schofield told BBC Guernsey.

"Because of the way things have worked out it's the only senior men's representative game this season so it seemed pointless making any change.

"He sees the Guernsey FC players quite a lot over in the UK.

"I think he demonstrated in last year's Muratti final that he's a talented coach with a fairly talented team."