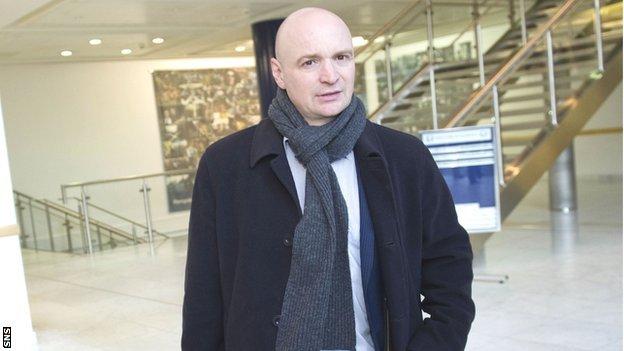 His departure follows that of SPL chairman Ralph Topping, who will leave his post before the end of the season.

The SPL clubs will meet on 3 December to discuss league reconstruction plans.

"The Scottish Premier League can confirm that Dundee United chairman Stephen Thompson has resigned from the SPL board with immediate effect," said an SPL statement.

The statement went on to thank Thompson for his contribution since his appointment to the board in September 2011.

Thompson became the third member to step down from the SPL board in recent months, St Johnstone's Steve Brown and Motherwell's David Weir having both left in July.